In choosing to study in Sheffield, you’ve made a great decision in settling here for the next few years, maybe even longer. As you weighed up the decision and thought about what is very much a ‘life changing’ choice, you likely made decisions based on the university and course, and possibly not the characteristics of the city itself. There’s so much to Sheffield, and we wanted to bring to attention five things that you probably didn’t know about your new home.

Over the last few years, sustainability has become a subject close to all of our hearts as we take stock of our ‘unsustainable usage of the world’s resources. Our city is trying to do something about its footprint.

Sheffield runs a ‘District Energy System’, which means that the city’s domestic waste is re-used to produce thermal energy. The waste is incinerated and converted to electricity and hot water. Over 25 miles of water pipes under the city distribute the energy where needed.

Sixty megawatts of thermal energy and 19 megawatts of electrical energy is generated from the 225,000 tonnes of waste every year.

Sheffield has more trees per person than any city in Europe

Not only is Sheffield doing something about its energy usage, but the city is also the greenest in Europe. Sheffield has more trees per person than any city in Europe, outnumbering people by 4 to 1. You’ll find 170 woodlands (6985 acres), 78 public parks (4522 acres) and ten public gardens also.

Sheffield is the home of synth-pop

You’ve probably noticed that some seriously heavyweight musicians were made in Sheffield, such as The Arctic Monkeys, Pulp, and Def Leppard.

Not only has Sheffield given the world music royalty, but it also seems to be so on the zeitgeist of music that it even created a genre of music in synth-pop, or electric pop to some. Cabaret Voltaire, The Human League, ABC, Heaven 17, and Clock DVA all hail from our seven hills. This may be partly due to the sheer number of students adding to the city’s rich cultural mix.

There’s a fantastic documentary created by the guys at Made In Sheffield, all about the relationship between Sheffield and the birth of electric pop. Click on the link below to have a look.

Sheffield is home to the world’s oldest football club

There are not many places in the world that can claim to be home to the world’s oldest football club. In fact, there can only be one, and it’s Sheffield.

Sheffield has its own Walk of Fame

You don’t need to go to Hollywood for glitz and glamour. Sheffield has its own Walk of Fame located outside Sheffield Town Hall. The idea, which began in 2006, pays homage to the great and good connected to Sheffield. Here are just a few of the 21 inductees:

This fantastic property has 4 really good-sized bedrooms which were…

Room bookings now being taken. Wesley House is a beautiful…

SDP Student Homes commit to planting a tree for every student 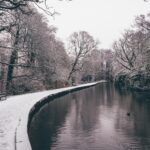 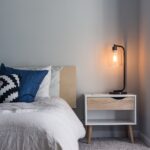 How to turn a Student House into a Home: Interview with Elizabeth Wolfe from Wolfe Interiors