Hawk Works is our flagship development and proves to be more popular each year. The 1 bed, 2 bed, and 3 bed apartments are all bright and open living spaces with high ceilings and feature walls.

As well as 14 luxury apartments, Hawk Works boasts a quaint courtyard as well as two roof gardens; this development is a stylish gem in a great location.

The history of Hawk Works

Hawk Works was named in 1905 by Arkote LTD, a company who became the of the world’s biggest knife manufacturers. During the Second World War the company adapted to make products that were essential to the war effort. Prior to this, the site dates to 1581 and has been home to a wealth of industries from Sheffield past due to its prominent location near the city centre.

In the late 1990s the building fell into disrepair, and was left abandoned. Symon Donovan saw the potential and set about re-developing the site into student accommodation. Since 2010 the development has provided stylish and comfortable homes to the students of Sheffield.

The development still pays tribute to its rich industrial past, showcasing some original machinery and industrial features in the entrance courtyard and communal spaces. 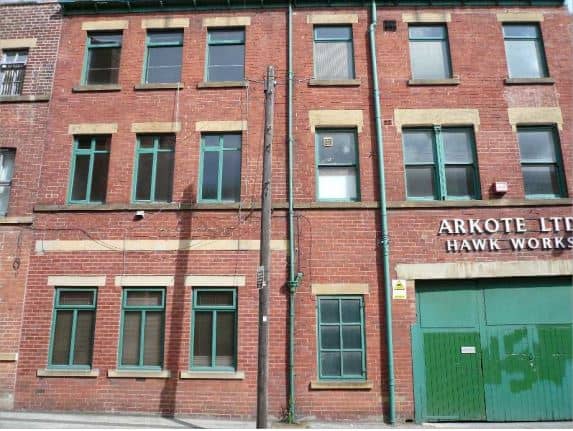